Number One on the Bridge

After what has been something of a momentous search, with all of us wondering why it was proving so hard, the creative team behind the new Star Trek series have found their Number One.

I need to point out to you guys that this announcement is not a CBS announcement.  It’s come via Entertainment Weekly.

Is it a rumour?  I don’t think so.  We won’t know for certain until CBS confirm. 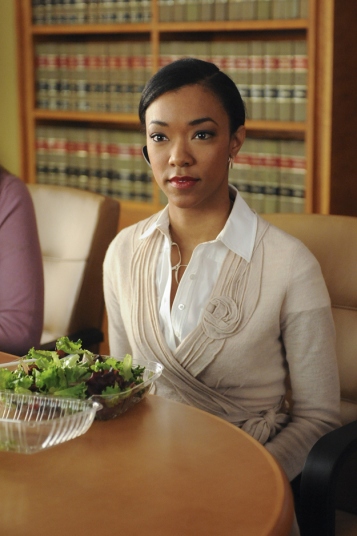 Sonequa is a wonderful choice.  She has had a couple of high profile jobs, and may be best known for her roles as Sasha Williams in The Walking Dead and Courtney Wells in The Good Wife.

Sonequa is a 31 year old native of Alabama currently living in Los Angeles, when she’s not chasing zombies around.

If you’d like to learn more about this really excellent actor, visit her Wikipedia page here and her IMDb page here.

This is fantastic news!  Yes, I’m a little sad they didn’t cast someone who looked remarkably like a young Majel Barrett-Roddenberry and make the character THAT Number One, but I’m a fan of Sonequa’s and it’s really exciting to see her land this job!  She’ll bring amazing energy and talent to the ensemble cast.

This show is shaping up to be impressive.

We have a total of seven actors now.  The breakdown?
– Three Starfleet,
– Three Klingon,
– One of unknown allegiance (and unknown species);
– Three female;
– Four male (or maybe three male and one with no identifiable gender)?

No matter what, any news that is released about Star Trek: Discovery will be posted right here.

The new series will launch some time in May 2017.