Space: 1999 took a somewhat jaded look at the future on Earth, while at the same time focusing on our ability to survive and build something better as the survivors of an horrific accident clung to hope against a backdrop of mystery, struggle and the implied terror of being lost in deep space.

It’s a message as relevant to today as it was to the often times tumultuous 1970s.

Space: 1999 taught me that while we can’t always control the bigger things in life, we can control the ways in which we react to them and, through our choices, make a gradual impact on what might initially appear to be something we cannot effect. 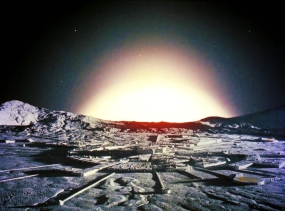 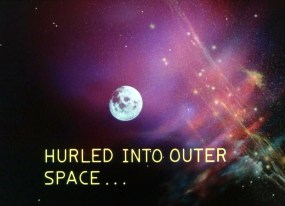 It’s a message we might want to consider as we make the transition from one year to the next, particularly as we look back on 2016 – a year that has brought us great challenges, and as close to a guarantee of an uncertain global future as we’ve had, at least since the days of the Cold War.

In my day job, I’m a Counsellor and a Community Development specialist.  I’ve built an accidental career around working with the survivors of trauma with a primary focus on young people and professionals in the industry, and in turning what are purportedly community spaces into more inclusive places for people who are often (accidentally?) excluded or feel excluded or not catered to – young people, refugees, and unexpectedly these last two years, people from what we in Australia call the QUILTBAG community (Queer/Unisex/Intersex/Lesbian/Trans/Bisexual/Asexual and Gay) – particularly Trans and Non-Binary individuals.

I’ve been doing this work for two decades, starting it in my early twenties.  Back then, it felt like we had a real chance at solving the world’s problems (which was, I now know, naive).  Now, in my fourth decade, life has “reality checked” me and more often than not I’m seeing more inequality than ever before, and more turmoil and uncertainty.

I don’t know a way to fix that, but I’m still dedicated to doing my own small part. 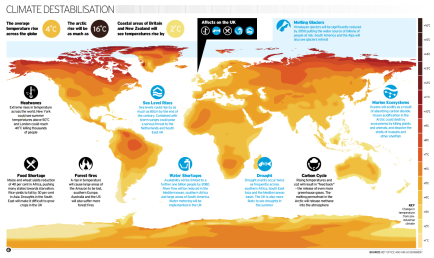 Because of my day job, I’m a big fan of reflection.

At the end of every year, particularly since hitting my 40s, I lock myself away from the world and deep dive into the experiences I’ve had over the previous 360ish days.  This process is my way of staying grounded, of planning my way forward into a new year, and it’s my way of avoiding vicarious trauma and eventual “burn out” (in my industry, the average ‘life expectancy’ of a professional is 2.5 to five years).

Part of that process is remembering what’s inspired me.

Over the years, I’ve made no secret of the fact that the reason I do the work I do is because I was inspired to do it by my love of science fiction.

Recently, in a supervision session (which is where professional allied-health workers review their performance at regular intervals with someone older, more experienced, and better qualified than them), I was asked by my supervisor how I got into the industry and why I thought I was still surviving it.  I was at a career impasse.  I’d reached the top and had no idea what to do with the rest of my life, and my supervisor felt looking back would help me see my way through and forward into the future.

I reflected to her that from a young age I’d been inspired to try and reach an ideal – one that had been shaped by Star Trek, and influenced by the actions, bravery and compassion of characters in shows like Space: 1999, Babylon 5, Battlestar Galactica (the original) and Star Wars. 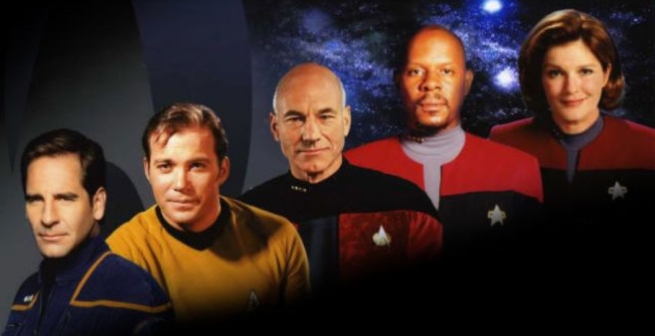 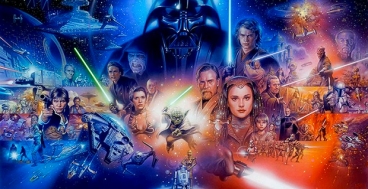 She gave me a look that clearly indicated she thought I might be losing my grip.

Maybe I’ve been losing it for years, but I can’t deny how much my inexplicable love for science fiction has influenced my life – both personally and professionally.

Deanna Troi inspired my trek into Counselling, as did Doctor Helena Russell, Doctor Leonard McCoy, and Ambassador Delenn.  Only one of those characters was a counsellor, but the rest dabbled in it or offered carefully thought out counsel to those around them.

Spock, Princess Leia Organa, Captain Apollo, G’Kar, Commander John Koenig, Commander Jeffrey Sinclair, Captain Jean-Luc Picard, Captain Benjamin Sisko and Captain Kathryn Janeway encouraged me to act with integrity and courage.  Doctor Beverly Crusher, Doctor Stephen Franklin, Maya, Kes, Commander Adama, and Vir Cotto inspired me to keep compassion and consequence at the centre of my decision making, and the futures of hope displayed in each of these series – hope they’d find a home in Space: 1999, hope they’d find Earth in Battlestar Galactica, hope they’d maintain peace in Babylon 5 and then eventually the hope they’d overcome a corrupt government, the promise of a selfless future in Star Trek, the hope that good would always triumph over evil in Star Wars, shaped everything about me. 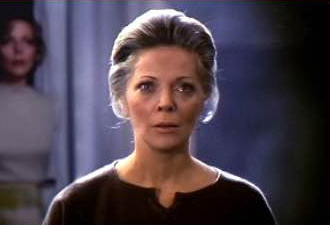 These things still shape me today.

Remembering those inspirations, despite the surprise another professional expressed regarding the source material, I was reminded that we still have a long way to go and we’re only going to get there if some of us keep dreaming of a better future, and if most of us allow ourselves to continue to be inspired by visionaries who focus on that future or on our better qualities as human beings.

As we enter a period in our history that is being defined by events and often frightening challenges like Brexit, ISIL, astonishing political change in the United States, disappointing political fracturing in Australia, threats to Democracy and effective, non-totalitarian Socialism throughout Europe, the ever present issues of homophobia, transphobia and racism around the world, and the effects of Global Warming, it’s more incumbent than ever on those of us who prefer hope over fear to keep doing what we’re doing and pushing back by choosing to focus on the positive.

There’s a school of thought that suggests we create our future through the things we focus on – at both the micro (personal) and macro (national or global) level.  There’s not a great deal of evidence to support this, though some scientists have made interesting steps forward in attempting to quantify it.  I’m choosing to believe in that theory and focus on what is extraordinary about humanity, rather than what’s disappointing about us.

I get that people are frightened of terrorism, of Donald Trump, of global warming and of the fact too many of us are literally two pay checks away from poverty or homelessness.  I get these things, and share these thoughts, but hunkering down in fear won’t solve the issues we’re facing.  If anything, they’ll exacerbate them. 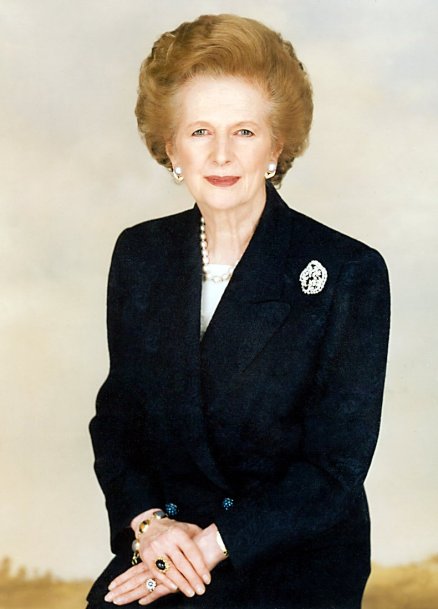 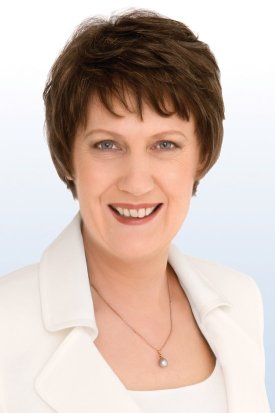 2017, at least in my view, is the year we turn the tables and make a commitment to hope again.  These things, historically, are cyclical.  In my life time alone we’ve seen the end of the Cold War, the collapse of the Berlin Wall, the mapping of our DNA, realistic plans to head to Mars, Gay marriage in some countries, and we’ve seen a number of women assume the ultimate positions of power in their respective countries despite the fact most of them only obtained the right to vote last century – and in some countries, shockingly, in the latter half of that century.

In a short space of time we’ve taken great strides forward, and we still can – with a little reorientation.  Some people, born in the first quarter of the last century, saw the austerity and fear of the depression, replaced with the excess of the 30s, the terror of the 40s, the boom of the 50s, the free love movement of the 60s, the Cold War and multiple other wars of the 70s and 80s as well as the crazy “greed is good” excess of the 80s and 90s, the fall of the World Trade Centre towers, the mining boom, and more recently all of those other things I’ve already mentioned that have led our collective psyche to a dark place.  Soon, hopefully, we’ll return to happier times and bounce back from the brink we sometimes feel like we’re at right now.

As we move forward into a new year, hopefully some of us (or most of us) will play our own individual roles in creating a brighter future and heralding in a happier time.

Television often reflects where we’re at as a people, and television fare these last few years has definitely been bleak.

With the upcoming release of Star Trek: Discovery, and their pledge to bring back a focus on hope and humans as positive change makers to television, maybe a change is coming?

As a one-time fan of The Walking Dead who got over it after a time because of how depressing it was, it’s interesting to hear a lot of people are now turning from the show because of how bleak and hopeless it is.  It’s happening to a lesser degree with other big, often depressing television shows, so maybe – as a people – we’re ready for something different and we’re tired of seeing human beings in a bad light, and our future as hopeless.

As we prepare to welcome in a new year, here’s to overcoming and rising above the fears caused by global terrorism, here’s to an end to homophobia, transphobia and all of those other ‘obias’ and ‘isms’, and here’s to embracing a future among the stars where there are moonbases and Mars outposts and a humanity focused on enhancing the species rather than destroying or victimising it.

And, here’s to a TV Network or production company being brave enough to rebirth Space: 1999!  I still believe, as a show, it has a unique ability to show us an incredibly positive and amazing near future.

Happy New Year, everyone.  Let’s do our own small part to build a better, brighter future that’s worth living in.

As you go through your own end of year process, whether it results in resolutions or not, I hope you find wisdom, joy, and the courage we all need to be positive change makers.