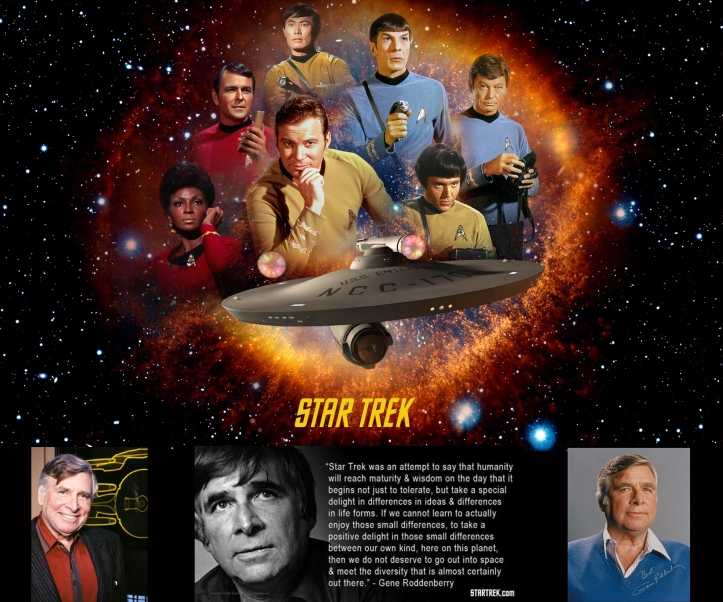 In Australia today, it’s the 19th of August, which means it’s the 18th everywhere else in the world, but you guys will catch up to us soon.

Why is the 19th of any interest to anyone?  Simple.  It’s Gene Roddenberry’s birthday.

So, on behalf of the hundreds of thousands of Star Trek fans in the great land ‘downunder’, I’d like to say HAPPY BIRTHDAY, GENE!  And THANK YOU.

Eugene Wesley Roddenberry was born in El Paso, Texas, in 1921 and lived anything but a boring life.  He grew up in California, flew eighty-nine combat missions in the Army Air Forces during World War II, worked as a commercial pilot, was a police officer, and, of course, a writer.

Before Star Trek, Gene worked on more than twenty television shows in the 1950’s and 60’s, including Highway Patrol, Have Gun – Will Travel and The Detectives.  After the Enterprise’s three year voyage, he went on to develop Star Trek: The Animated Series, Genesis II, Planet Earth, The Questor Tapes, Spectre and of course Star Trek: The Next Generation, which was the last television show he wrote and produced before he journeyed to “the undiscovered country”. 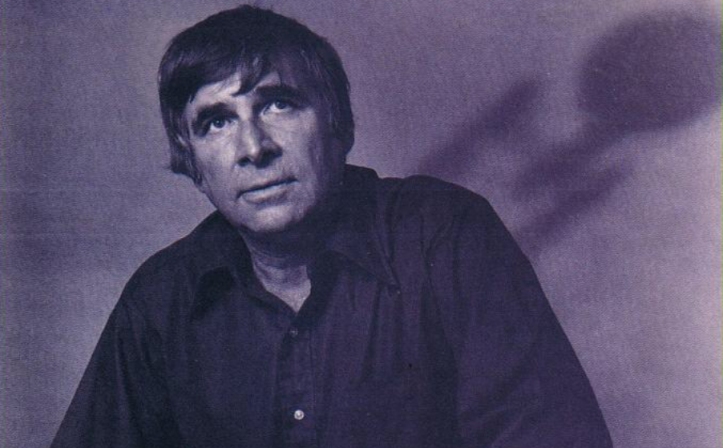 His creative spark, however, lived on.  Not only in Star Trek: The Next Generation, Star Trek: Deep Space Nine, Star Trek: Voyager, Star Trek: Enterprise and a host of movies, but in two new productions.

After Gene’s passing in 1991, two of his ideas were further developed by his wife and turned into successful television series – Earth: Final Conflict and Andromeda.

In recent years, especially since the passing of Majel Barrett Roddenberry in 2008, a lot of criticism has been leveled at Gene, with the most recent coming via original series star, William Shatner and his documentary Chaos on the Bridge, which takes a look at the dysfunctional first two years of the hit series Star Trek: The Next Generation.

To The Shat’s credit, he does a good job of attempting to create balance within his documentary, but there are certainly elements that do not paint Gene in the best of lights.

Despite the criticism, and despite some missteps, there is no doubt that Gene Roddenberry was onto something, and that he had a passion for human evolution and forcing us to look – sometimes uncomfortably – at ourselves and society.

I could literally write pages on Gene and his impact, but won’t.  Plenty already have, and the only new perspective I can bring is to describe how Gene’s creation influenced my life.  Instead, I encourage you to take a little journey of your own to learn about this remarkable man.

If you’d like to learn more about Gene Roddenberry, whether it be Gene the visionary, Gene the contentious personality, Gene the complex creative person, or Gene the loving husband and father, the source material is almost endless.  A few good places to start can be found below:

Regardless of how you feel about Gene, I hope you can join me in remembering the creative human being who gave us Star Trek, as we celebrate his birthday this year.

And, as a double bonus, it’s also the wonderful Jonathan Frakes’ birthday, the man who portrayed Commander William T. Riker (and Lieutenant Thomas Riker) for seven years on Star Trek: The Next Generation, and in ‘Generations’, ‘First Contact’, ‘Insurrection’, ‘Nemesis’ and select episodes of Star Trek: Deep Space Nine, Star Trek: Voyager and Star Trek: Enterprise.  If you’d like to read more about Jonathan, then check out his Wikipedia page right here.

As well as being a fine actor, Jonathan grew into an incredibly talented director while working on Star Trek: The Next Generation.

Jonathan is responsible for the best two of the four TNG movies – Star Trek: First Contact and Star Trek: Insurrection.

Some fans don’t like Insurrection for one reason or another, but as a working actor I love it for the beautiful moments it creates between its lead characters, and as a working director I love it because it’s quite simply a beautiful, intimate and gorgeously structured piece of work.  Despite how fans feel about ‘Insurrection’, I feel safe in saying that it stands head and shoulders above Generations and Nemesis.

If you’d like to explore more of Jonathan’s work as an actor and director, then visit his IMDb page right here. 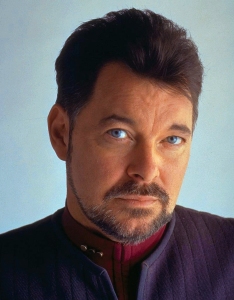