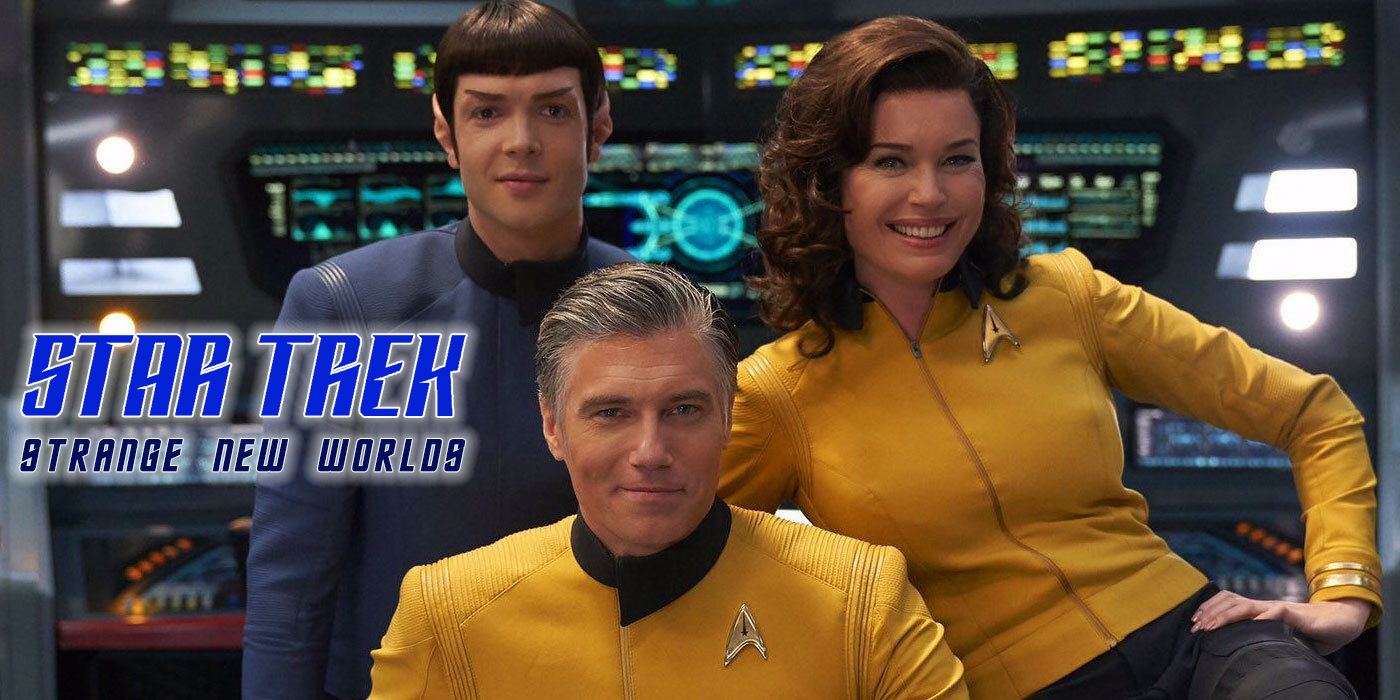 From the moment Anson Mount appeared on screen in episode one of Star Trek: Discovery‘s second season as the legendary Captain Christopher Pike, Trek fandom fell in love with him.  That love was beautifully but unexpectedly extended to Rebecca Romijn and Ethan Peck as they joined him in their roles as iconic characters Number One and Spock.

Within days of those first handful of episodes airing, this site, and eventually many others, began predicting that the next live action Star Trek series would focus on the years Pike spent commanding the original USS Enterprise. It made sense. Particularly as season two progressed. Lightning had been captured in a bottle and CBS would be insane not to take advantage of that. Then, in the finale, for me at least, the recreated bridge of the original Enterprise cemented everything. It was an outstanding update.

Despite the fact many of us predicted it, I don’t think a lot of us quite believed it would happen because we wanted it so much.

Now, that moment we’ve all hoped and waited for, while being secretly afraid it would never happen, has come to pass.

Today, CBS All Access announced that Pike, Number One and Spock would star in their very own Trek series, called Star Trek: Strange New Worlds.  Which is the perfect title.

Star Trek fans are not known for embracing change easily.  Some resisted Star Trek: The Next Generation, some are still making their minds up about Star Trek: Discovery, and a number were unhappy with the J.J. Abrams films because they recast such well known and beloved characters.

Despite that, almost all of us embraced the re-cast Pike, Number One and Spock, because Mount, Romijn and Peck honoured the original actors and their takes on those characters so respectfully, while bringing something new and special to them that did not contradict anything that had gone before.  Mount, Romijn and Peck inhabited their roles completely and brought new and complimentary layers to those historic characters and in so doing captured many of our hearts.

No small task, especially for the very talented Ethan Peck who took on one of the most iconic science fiction roles ever – a role that had already been successfully recreated once before by the amazing Zachary Quinto.

Though the announcement of a new series is brand new, it has been widely welcomed by the fan community, with many celebrating on social media.

For more information on that, visit TrekMovie.com here.

There is no release date for the new show at the moment, and that may not come for a while thanks to the current COVID-19 pandemic we are all doing our best to survive, but it’s fairly safe to say we won’t see the first episode before mid-2021.

One of the creators and executive producers of the new series, the wonderful Akiva Goldsman, says the show will be more episodic, with character rather than season-wide arcs that allow for more self-contained stories. Alongside Akiva, Alex Kurtzman and Jenny Lumet will co-executive produce, with Heather Kadin, Rod Roddenberry, Trevor Roth, The Magicians‘ Alonso Myers, Salvation‘s Aaron Baiers, Luke Cage‘s Akela Cooper, and Supernatural‘s Davey Perez.

There have been no other casting announcements and no indication of directors. If CBS All Access and Alex Kurtzman are reading this, I vote for Jonathan Frakes to direct the pilot!

I am incredibly excited for this series! I am one fan who was blown away by the performances of Mount, Romijn and Peck, and I’ve always wanted to see more of the adventures of the Enterprise pre-Kirk.

If you’re on social media, think about shooting the amazing Alex Kurtzman and his team a big thank you. During these unsettling and confronting times we need Star Trek more than ever, and I’m so thrilled and proud that this exceptional production team are bringing more new stories to our screens.

Until the next update, wherever you are in the world, continue to live long and prosper, and please stay safe and keep your loved ones and your community safe during this cruel and challenging pandemic.