There are a lot of us who have been waiting a very long time for this: Star Wars has finally come to live-action television and it is a big, bold, beskar-enfolded, beautiful thing.

Star Wars: The Mandalorian premiered on the new Disney+ streaming service on the 12th of November 2019, and wrapped its eight-episode season one run a couple of days ago.

Essentially a space western set in the expansive Star Wars universe, it follows the adventures of a Mandalorian bounty hunter and his ‘foundling’ as they evade agents of the recently defeated Empire in a post Return of the Jedi world.

Though the following is a general overview of the entire first season, there will be spoilers so read on at your own risk.  There are also spoilers for Star Wars: The Rise of Skywalker.

Before we jump to spoiler-town, Star Wars: The Mandalorian has already been renewed for a second season on Disney+.  There’s no news yet on a release date but it’s probably safe to guess season two will drop sometime in late 2020.

The next few paragraphs might annoy some fans, but they’re not written to elicit any kind of response, simply to provide context for this article.

The Mandalorian restored my faith in Star Wars.

While the inspirational Carrie Fisher became one with the Force three years ago this month (December), her character could have lived on. There was no need to kill Leia, especially after we had lost Carrie. She is in the final Skywalker movie via unused footage, but, as with Luke and Han in the previous two instalments, she’s there to make way for the new.

We’ve heard the rationale for killing off the original heroes, but I find immense fault with it, and feel that it’s an ignorant sentiment. Suffice to say, the treatment of that galaxy far, far away, by the current custodians, turned me off Star Wars for a little while.

Thankfully, The Mandalorian changed all of that.

It’s important I mention that I’ve enjoyed the new films as entertaining movies, but for me they haven’t quite been Star Wars.  J.J. Abrams takes unnecessary liberties with the films he makes that are based on existing properties (hello, Star Trek 2009), and though incredibly talented may not have been the best person to hand the reigns to. Perhaps the real issue is higher up, with Kathleen Kennedy? Either way, live-action Star Wars has felt a little… less for a while now. And so, as The Mandalorian and Star Wars: The Rise of Skywalker approached, I was thinking I was done with the whole thing and didn’t know if I was going to bother to check either out. The franchise was basically saying to me and my generation, “we’re done with you,” and so I was ready to move on.

Boy was I surprised when curiosity got the better of me, and a simple space-western gave me back that sense of wonder I’d been missing.

From the first frame of the first episode of The Mandalorian, you are swept into the Star Wars universe and it is breathtaking, and more importantly, it ‘feels’ right.

Star Wars is a space opera.  It’s not Star Trek, and therefore doesn’t even try to make scientific sense despite having its own internal logic, and it’s not really like any other science fiction property out there.  It’s its own thing, and is a universe best related to on an emotional level because it deals with those deep, resonant themes that speak to the human heart: good, evil, family, community and hope.

That The Mandalorian instantly hits those notes in its first few seconds and continues to hit them for the entirety of the first episode, is immensely satisfying.

But, as the season unfolds, it is an occasionally bumpy ride, as any first season of a genre show is.

I approached the series with trepidation.  Did I want to pay for another streaming platform for a show I might not like?  I don’t know about you, but there are streaming platforms popping up all over the place and it’s getting expensive. More importantly though, did I want to take another chance on Star Wars?

Eventually I did, because I had been waiting for a very long time to see what Star Wars would be like as a live-action series.

I signed up to the one week free trial and cued the first episode of The Mandalorian and then spent every last second of that episode smiling. 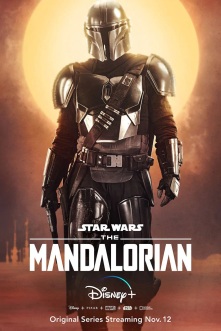 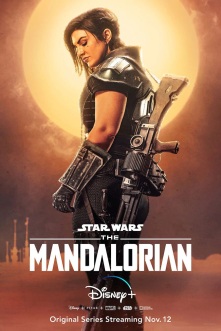 Is it the best science fiction show on television?  No.  It’s good, has moments of brilliance, and is evocative of the original trilogy, but it’s not as good as The Expanse or Star Trek: Discovery, or the recently concluded The Man in the High Castle.  Those three shows are intelligent, thought provoking, narrative intense, arc-heavy, character driven stories, whereas The Mandalorian falls short in some of those areas.  It relies a little too much on nostalgia, the coolness factor of Mandalorians, and the cuteness of its little green bundle of joy.  None of which is bad, but all of which will wear thin if the story doesn’t deepen in season two.

Of the eight episodes there are five that are really good, which isn’t bad for a first season, and only three that disappoint and wouldn’t have been all that enjoyable if it wasn’t for baby Yoda.

I should probably point out that this little guy (gal?) isn’t baby Yoda… as far as we know.  It’s just one of Yoda’s enigmatic species.  I guess it could be a clone of the Jedi Master, which would be all kinds of awesome, but we don’t know.  All we do know is that the remnants of the Empire want him (we’ll settle on that pronoun for now) and that that story-line forms part of the mystery of the series. 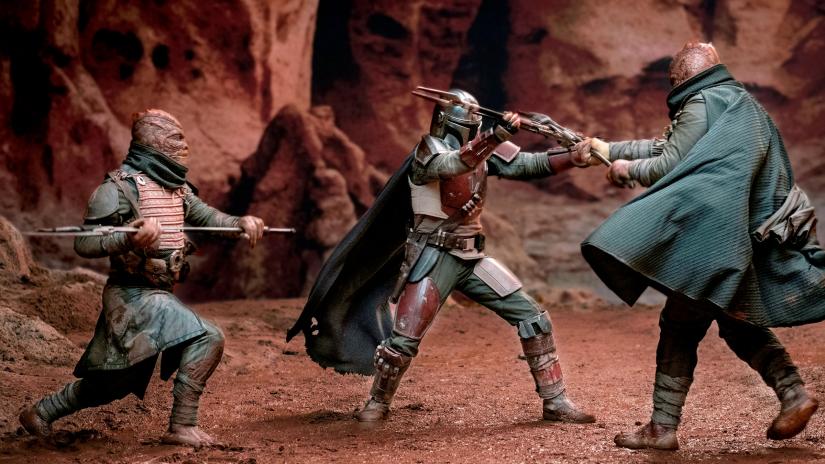 There’s an almost arc or two, with an angry Bounty Hunters guild hating on the Mandalorian, and Imperial interest in the foundling, but they are only lightly woven through the overall narrative of the first season alongside the pedestrian mysteries of what the Mandalorian looks like and what his name is – both of which are answered in the last episode.  There are a couple of extra mysteries left over which will keep viewers guessing, but they’re not Battlestar Galactica “who are the final five” or Lost “what is the smoke monster” level interesting. Yet.  One of those mysteries is entirely dependent on whether or not viewers have watched Star Wars: Rebels.  Darksabre anyone?  The other, of course, is the most definitely force-sensitive baby Yoda.

For me, the outstanding episodes are the series premiere/pilot, and episodes four, five, seven and eight.

Episode four introduces us to ex-rebel shock trooper Carasynthia (Cara) Dune of Alderaan, played by Gina Carano, a fantastic addition to the series.  Episode five takes us to Tatooine and gives us the wonderful Ming-Na Wen (Stargate: Universe and Agents of SHIELD) in a guest starring role.  Episodes seven and eight up the ante out the wazoo and have you cheering, tearing up, and clinging to the edge of your seat in equal measure.  Episodes seven and eight also bring back Carl Weathers as the bounty hunting guild chief, Greef Karga and Nick Nolte as the brilliant Ugnaught character, Kuiil.  Both episodes also introduce us to the big bad for the series, or at least for season two, Moff Gideon, played by Giancarlo Esposito.

What was wrong with the episodes I didn’t like?

They were too formulaic and felt like fillers (which you shouldn’t have in an eight-episode season) where not a lot happened, other than the Mandalorian getting into a fight.

The most disappointing episode for me, however, was episode six, though I seem to be the only reviewer and fan who thinks so.

The episode has a great premise – our hero goes to an ‘old friend’ looking for work, and is given a mission to rescue a criminal from a New Republic prison ship.  It’s execution lacks nuance.

The Mandalorian is given backup by his dubious ‘old friend,’ and they are some of the most stereotypical, poorly written characters to ever grace the Star Wars universe.  And that’s saying something! They’re ridiculous, pantomime like caricatures of mercenaries and scoundrels, and if they’d had a moustache each they would have been twirling them.

To add insult to injury the set design is below par.  The effects work, as usual, is excellent, but the corridors of the New Republic prison-ship and other parts of that set look pretty fake.

Despite my disappointment with the episode, there were some highlights.  Matt Lanter, the actor who voices Anakin Skywalker in Star Wars: The Clone Wars, played a New Republic trooper, and baby Yoda did some fun hide and seek stuff. There were also some excellent Friday the 13th like stalking shots that worked really well, but that’s about it! 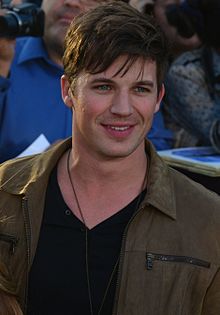 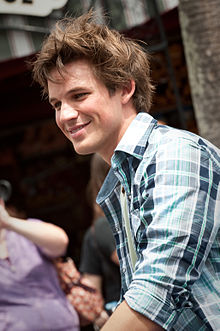 Other than those odd issues, The Mandalorian is worth a membership with Disney+.  On top of the Star Wars content, you also get access to the MCU, Pixar productions, National Geographic content, and the whole Disney back catalogue which is a surprisingly wonderful collection of films that reintroduced me to a few old favourites from my childhood, like Willow and The Black Hole.

I won’t go into the series any further because, despite the spoiler warning, I really don’t want to spoil the last two episodes anymore than I already have.  They’re fantastic.  Both erase any previous disappointments, and the last episode promises an engaging, if not outstanding, second season.

So, overall, is The Mandalorian good?  Hell yes.

Is it a worthy entry in the Star Wars saga, considering it’s the first live-action television show?  YES.  Most definitely.  It helped heal my dissatisfaction with the current developments in that galaxy far, far away, and made me fall in love with the saga all over again.  That’s no small feat.

The visuals are lush and gorgeous, and the universe feels more ‘Star Wars‘ that what we’ve been offered in the sequel trilogy.

The music took me a while to get used to because it’s so very different to the work of John Williams, or even Michael Giacchino (Star Wars: Rogue One), but Swedish composer Ludwig Göransson does a brilliant job and by the half way mark in the series I was a fan. 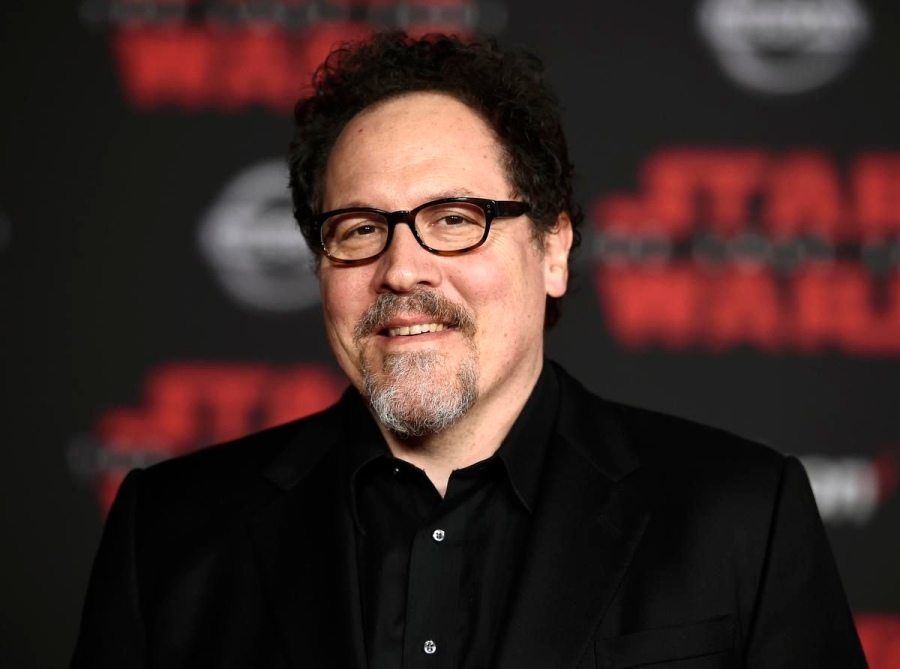 Jon Favreau has done what many feared was impossible.  He has taken a beloved but also beleaguered saga and translated it into live-action on the small screen.

The show currently lacks the narrative depth of its peers, but it has promise, and I honestly believe it is going to fulfill that promise in its second season.

Special mention needs to be made of the actor portraying the Mandalorian, or Dyn Jarren (we don’t know the spelling yet), which is the characters real name. While it’s not always Pedro Pascal in the suit, it is his voice, and that voice is the shows secret ingredient (alongside baby Yoda). Pedro conveys such emotion and meaning with the simplest of inflections and it’s really masterful. How do you relate to a guy who is walking around in a tin can all the time, wearing a mask that completely hides his eyes? There’s only one way, and they cast perfectly. That voice and baby Yoda got me through the rough patches of the season.

The Mandalorian was created by John Favreau and is based in the Star Wars universe created by George Lucas. Pedro Pascal stars as Dyn Jarren.

Star Wars: The Mandalorian is currently streaming on Disney+.

Check it out, whether you’re a Star Wars fan or not, I doubt you will be disappointed.