It’s been an interesting week for the fans of Star Trek.

A few days ago, it was announced Bryan Fuller had stepped down as the showrunner for the upcoming new series, Star Trek: Discovery.

This sent understandable shock waves through the fan community, because most of us felt the sixth live action series was in very good hands with Bryan at the helm.  He was a fan, he had Star Trek cred having written for both Deep Space Nine and Voyager, and he was communicating with us all on a fairly regular basis feeding hints here and there to keep us guessing.

Add this change to the relative silence coming out of the Discovery camp in recent weeks and the absence of the “major announcement” we had been promised in October, and you can forgive fans for feeling a little anxious.

According to CBS, we don’t have anything to worry about, so maybe now is the time to put our ‘Vulcan’ on and look at all of the facts.

The first thing we need to take a deep breath over is: Bryan Fuller is not leaving Star Trek: Discovery.  He is stretched thin, but he’s not abandoning the new series and he has not been booted by CBS.  Not only was Bryan the showrunner for the new Trek series, at the same time he was also (and still is) looking after American Gods and is still in the middle of prepping another brand new series, a reboot of Amazing Stories. 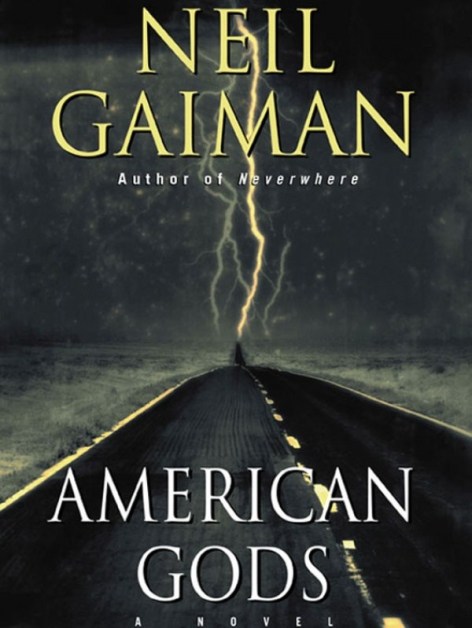 Because we haven’t perfected cloning yet, there is only so much one person can do and something had to give.

The story about the leadership change broke in Variety and according to their sources, the reshuffle at the top occurred partially as a result of the recent rescheduling of the series (announced in September) that moved the premiere of Star Trek: Discovery from January 2017 to May 2017.

It was also mentioned that the lead role for the series has not yet been cast, despite the fact the series starts filming in November.

The reschedule was an attempt to give post production the time it needed for effects work, and to give Bryan space to get the nascent series in good order.

According to the report in Variety, he has done just that:  “Fuller has penned the first two scripts for “Discovery” and has hammered out the broader story arc and mythology for the new “Trek” realm.  But it became clear that he couldn’t devote the amount of time needed for “Discovery” to make its premiere date and with production scheduled to start in Toronto next month.”

You can read the full article here. 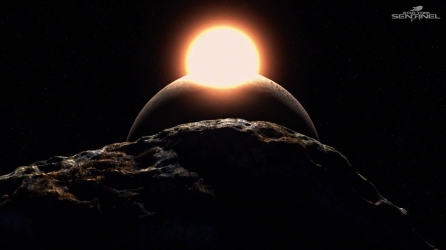 Closer shot of the Discovery in its asteroid based space dock. 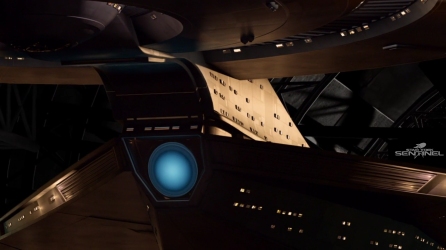 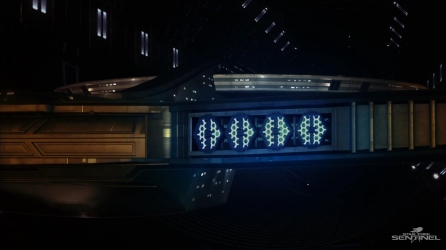 The impulse engines of the USS Discovery coming online.

Variety also reported that each episode of the new Star Trek series is expected to cost between 6 and 7 million dollars.  With that much money on the line per episode, you can understand why CBS was feeling a little nervous.

The article also mentioned a new creative was joining the production team, writer-director-producer Akiva Goldsman.  Akiva is best known for Fringe, The Da Vinci Code, I Am Legend, and for executive producing Paranormal Activity 2, 3 and 4.  To find out more about Akiva you can visit his IMDb profile here.

In a statement addressing the departure of Bryan from showrunner duties, CBS Television Studios said:

“We are extremely happy with the creative direction of STAR TREK: DISCOVERY and the strong foundation that Bryan Fuller has helped us create for the series.  Due to Bryan’s other projects, he is no longer able to oversee the day-to-day of Star Trek, but he remains an executive producer, and will continue to map the story arc for the entire season.

“Alex Kurtzman, co-creator and executive producer, along with Fuller’s producing partners and longtime collaborators, Gretchen Berg and Aaron Harberts, will continue to oversee the show with the existing writing and producing team.

“Bryan is a brilliant creative talent and passionate Star Trek fan, who has helped us chart an exciting course for the series.  We are all committed to seeing this vision through and look forward to premiering STAR TREK: DISCOVERY this coming May 2017.” 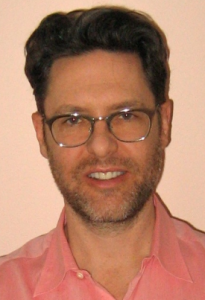 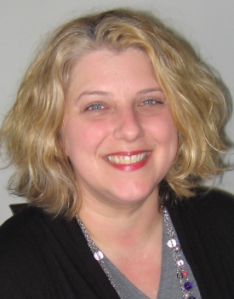 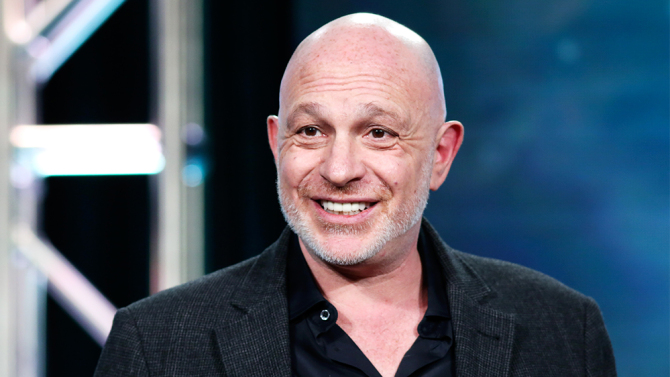 So, a lot of news packed into that announcement!

For the record, Bryan seems good with it all.  He commented on the change of leadership via Twitter, saying:

“Riker spent 7 years of TNG unready for Captaincy, @GretchenJBerg @AaronHarberts are ready.  Thrilled to see them in command of the Bridge.”

For the record Bryan, you were more than ready to be Captain… just probably of only one starship, not three at the same time!  Not even Kirk, Janeway, Sisko or Picard could have achieved that one alone.

In recapping, these are the important points:

Other things to keep in mind about the new production:

It’s sad that Bryan has had to step out of the leadership position, but I think everyone can agree that the series is in very capable hands – especially with the talents of Alex Kurtzman, Kirsten Beyer, Nicholas Meyer and Heather Kadin on board, and with Gene Roddenberry’s son, Rod, having a hand in making sure his father’s vision isn’t compromised.

So why didn’t we hear anything in October, as was planned?

I’m assuming because things slowed down, and because no one has yet been cast in the lead role.

I don’t think anyone involved in the production to date, including Bryan, thought it would take this long to secure their lead and get the premise of the series sorted.  Star Trek is an incredibly complicated production, with so much history, that navigating that would be difficult.

I’m not surprised this has happened, but hopefully by freeing Bryan up and bringing in two people to replace him, we can start to get some of those announcements we’ve all been waiting for.

As always, as news breaks about Star Trek: Discovery I’ll post it here.