This is one of the more surprising announcements I’ve heard in a long time.

On the 12th of October in Paris, the leaders of something called the Asgardia Project discussed their proposed ‘space nation’, called Asgardia, and announced it was accepting applications for citizenship.

The leaders of the project say they aim to launch Asgardia‘s first satellite in 2017 and say they hope to eventually have a space station in low orbit where the people of this ‘nation state’ could live.  Not all people identifying as Asgardians would live on Asgardia, some would stay on Earth but identify as being citizens of that nation – just as some of us live in other countries, but identify as being a citizen of our country of birth.

According to the project’s website, which you can visit here, Asgardia has been named for Asgard, the home of the Norse Gods. I haven’t been able to work out why, but perhaps some intensive research into Nordic folk lore might present a rationale.

On the project’s “concept” page, the leaders of this proposed nation state say that Asgardia will “…demonstrate to scientists throughout the world that independent, private and unrestricted research is possible.”

That sounds both exciting and slightly ominous.  Sometimes, research is restricted for very good reasons.

Asgardia intends to be a democracy that encourages its citizenry to develop space technologies. 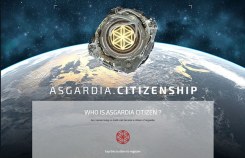 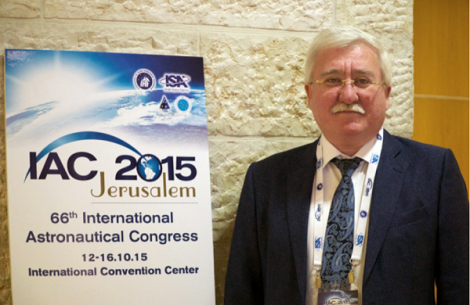 The project founder and its team leader is Doctor Igor Ashurbeyli, a Russian businessman and scientist from Azerbaijan.  He was the CEO of SPA Almaz from 2000 to 2011 and was also the Chairman of the Board of Socium Holding.  Dr Ashurbeyli has a PhD in Engineering with a specialisation in Computer Science, according to Wikipedia.

Asgardia is not yet an official nation state as recognised by the United Nations, and the project leaders believe they will need tens of thousands of ‘citizens’ before they can formally apply for recognition.

Each citizen who wishes to apply to become a part of Asgardia needs to be able to meet the UN requirements for multiple citizenship’s, and has to be willing to be part of a democracy that has, as its goals, service to humanity and “peace in space”.

It’s a fascinating proposal, and according to the website, if I’m reading it right, they’ve had 446,996 applications to date from countries all around the world including China, the United States, Turkey, Brazil, the United Kingdom, Italy, India, the Russian Federation, Iran and Australia.  Their 446,996 applications for citizenry, according to their website, makes them the 168th largest ‘nation’ on Earth, just below Cape Verde and just above Malta (at the time of writing this article).

In the hour I spent researching Asgardia, I saw their numbers increase by a couple of hundred, so the word is definitely out there.

If you’d like to learn more about this initiative, Asgardia‘s official website is here, their facebook page is here or you can do a Google search and check out one of the many articles that have been written up about this audacious and ambitious idea.

Asgardia is both exciting, and frightening.  Frightening because I’ve watched too many sci-fi films where these sorts of things go awry, and exciting because we are already an extremely over-populated planet, and I firmly believe our future is both here on Earth, in orbit, and in space.

If the Doctor and his leadership team really do have the best intentions at heart, I wish them the very best in their endeavours.

Either way, at some point, we as a planet and the United Nations as an entity, are going to have to consider the reality of human beings living and being born in space, and the question of citizenship (among many other things) will come up.

It will be interesting to see if the UN and the rest of the world takes Asgardia seriously once they apply for recognition as an independent nation state.

If they do, I’ll be sure to keep you posted.

This really is an exciting and sometimes strange century to be living in.