Whatever Happened to IDIC?

Since mega-star Rihanna started talking about her love for Star Trek, some very unpleasant things have been said about her online – by, of all people, Trekkers.  I won’t include the comments here, because some of them are, frankly, abhorrent, but if you want to read them feel free to visit any number of Trek sites that feature the video where she talks about how much she loves the show and scroll down to their comments sections.  Many fan sites have thankfully jumped on those comments and removed them because they constitute a form of bullying.

I feel it’s important to point out that there are only a few fans who are doing this, but sadly those few have been pretty vocal.

For those of you who are wondering why a tiny number Trekkers are attacking a young woman who just happens to be one of the most popular recording artists alive today, and is someone who, as well as making music, set up a foundation to help terminally ill children, it’s because she dared to say she loves Star Trek and has for most of her life.

It was that fan love that led to her recording the song ‘Sledgehammer‘ for Star Trek Beyond which will form part of the movies’ soundtrack when it’s released later this month.  Interestingly, Zoe Saldana and Zachary Quinto have both said Rihanna’s song has helped them deal with the recent loss of their dear friend and colleague, Anton Yelchin. 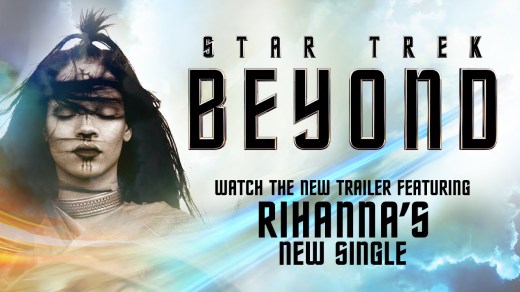 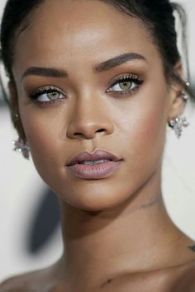 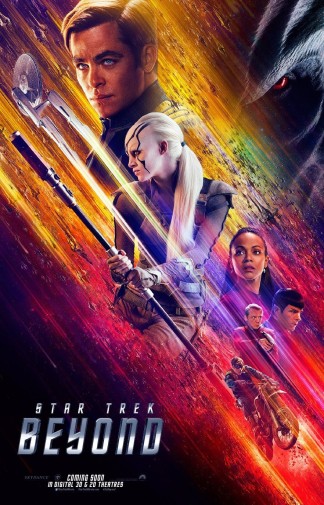 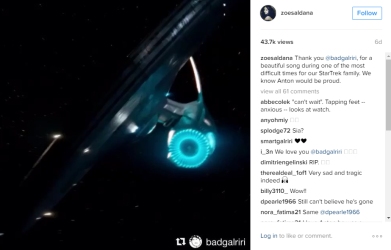 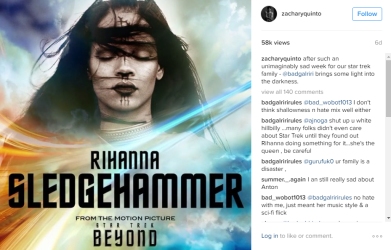 It would appear some Trekkers don’t feel Rihanna is the ‘right’ sort of fan while others have suggested she’s trying to latch onto the ‘geek vote’ to increase her popularity.

The really hilarious thing about her using Star Trek is… Rihanna doesn’t need Star Trek to boost her popularity.  If she wanted to get geek cred, she’d have better luck saying she’s a fan of A Game of Thrones or The Walking Dead – the two most popular genre shows around at the moment.  While I love Star Trek, I can say from first hand experience that it doesn’t add to my personal popularity.  Sometimes it’s kinda the opposite, as much as it saddens me to say that.  I don’t hide my Trek love, it’s on display at my desk at my day job, and my acting agent has strict orders to get me on the new show if a role comes up that will suit my look.  My agent knows full well I will happily pay my way from Australia to Canada and back to get on that series!   When people learn of my love for Star Trek, rather than tell me how cool that is, they screw their faces up in surprise and say “really?”  And not in a good way.

So those suggestions that maybe Rihanna is doing this to boost her popularity are absurd.

Those who feel she’s not ‘worthy’, are making that statement because they have taken an exception to some of the lyrics in her songs and the fact she has now and again appeared nude or next to nude in photos, on stage and in her videos.

The Great Bird of the Galaxy would not disavow Rihanna or any other woman for taking control of her body and doing what she wanted with it, so long as her actions didn’t harm anyone.

Gene celebrated diversity, whether it was political, religious (though he was not a religious man), sexual, cultural and so on.  He had his own opinions, but he recognised the essential nature of an individual’s right to choose, which is summed up so beautifully in the philosophy he expounded in Star Trek.

Gene even created something, just for Star Trek, to celebrate and promote diversity – the IDIC (Infinite Diversity in Infinite Combinations), which is all about celebrating and appreciating the beauty present in that which is different. 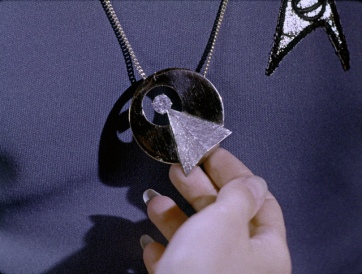 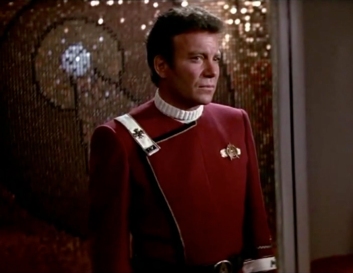 As a fan of Star Trek, and as someone who works in an industry (in my day job) that has it’s own version of IDIC (called Unconditional Positive Regard) around which I try to live my life, I have to acknowledge these fans’ perceptions and even advocate for their right to have an opinion – even when it’s one I don’t agree with, but I also have to challenge their distasteful comments because they’re harmful – to Rihanna, to women and to my beloved Star Trek.

Star Trek is not an exclusive club.  Thank the Great Bird.  If it was, it might not admit heavily tattooed guys like me, because I might not fit some fanboy’s idea of the perfect Trekker.  Star Trek stands for the exact opposite of exclusivity – you know, those really great things the Civil Rights Movement was founded on, Women’s Liberation was founded on, and the current Marriage Equality campaigns are founded on: inclusion, acceptance, freedom.

Star Trek is, and ALWAYS should be for everyone.

I, for one, welcome Rhianna with open arms and thank her for making her fans and probably hundreds of thousands of other people who love her, a little more aware of this amazing thing that I personally cherish so deeply.

Welcome to the family, Rhianna.  You’ve been here for a while, but now it’s nice to know you’re one of us.  Please ignore the grumpy buggers over in the corner and please don’t judge us by their actions.  The rest of us are pretty damn awesome.