There’s a little over a month until the international release of Star Trek Beyond, and we’re starting to get a decent amount of information on the new movie.

Star Wars fans everywhere will slap me for this, but my anticipation for Star Trek Beyond has hit the same level it hit (for me) in the lead up to Star Wars: The Force Awakens.  That level of anticipation was pretty huge.

So… with more news coming out about the film than ever before, where to begin?

TrekCore, one of the best Star Trek news sites out there, has a brilliant look at the new uniforms in Star Trek Beyond right here, and they are beautiful.  I really like the biker style get up that Kirk and Chekov wear in the previews – the detail in those two costumes is fantastic.

Three new TV spots have also recently been released by Paramount pictures, and you can watch them on YouTube here, here and here.  While you’re checking them out, show some love to ComicBook.com and their YouTube channel for posting the previews. 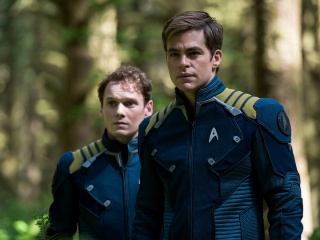 Well… the wonderfully talented Karl Urban recently came clean on some of his favourite things about Star Trek, including his favourite film.

I’ve been a fan of Karl’s since I saw him in The Lord of the Rings: The Two Towers.  His portrayal of Leonard McCoy merely cemented that for me.  Now, I respect him even more – because we both love one particular Trek movie, despite the fact it’s one of the least liked out there.

To read that interview with Karl, visit IGN here.  You can quickly see he is a true fan of Star Trek and is pretty damn knowledgable about that universe. 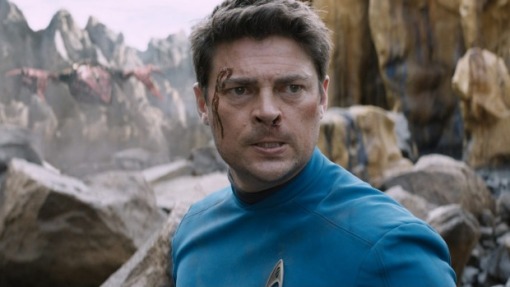 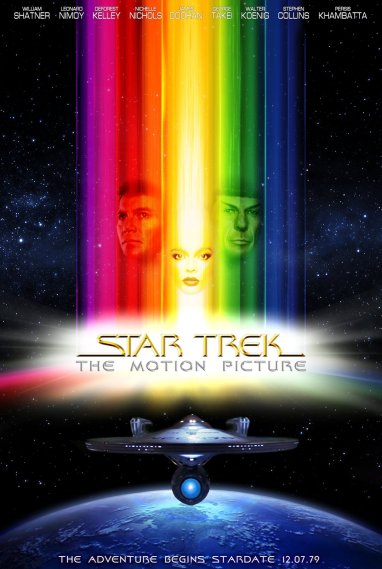 Lastly, the two actors playing Star Trek‘s couple of the decade, Zoe Saldana and Zachary Quinto, spoke to EW about the upcoming feature film, where Uhura and Spock’s relationship is at, and just how much this new enemy will challenge the Enterprise crew and the United Federation of Planets.

It’s similar to a lot of what we’ve heard in recent months, but Zoe and Zachary do dive a little more into Spock’s journey and how he loves Uhura deeply, but feels conflicted because he wonders if he should be with a Vulcan woman, helping rebuild his homeworld’s civilisation after it was almost wiped out in 2009’s Star Trek.

To read the article over at Screenrant, click here.

That’s pretty much all of the major news that’s come out in recent weeks.

There are some other bits and pieces of news available out there, and if you’re in the mood to navigate through a few sites for some additional information, I highly recommend TrekCore, TrekMovie and TrekNews.