Some pretty spectacular rumours have found their way onto the internet today about the upcoming, and as yet untitled, Star Trek: Series VI.

According to Birth, Movies, Death, the new series will NOT be in the alternate timeline featured in the J.J. Abrams reboot era.

Birth, Movies, Death claim that the new series will take place some time after Star Trek VI: The Undiscovered Country and in the prime universe timeline.

I’m not sure if the rumour they’re referring to is a Chinese Whispers version of Nicholas Meyer’s recent statement around how much Bryan Fuller loves that film, or if it’s an actual leak from the writers room of the new series?

It’s certainly fertile ground for a series, and the only real glimpses we’ve had into that period of Trek history were the scenes from Star Trek: Generations that led up to the death of Captain James T. Kirk.

If this is true… it’s pretty fantastic!  I would really enjoy seeing how the peace treaty went down between the United Federation of Planets and the Klingon Empire after the Khitomer Accords were first signed.  I would love to see a series where an Excelsior class ship was sailing across my screen – plus an old Constitution/Enterprise class!  All of that would thrill a lot of long time Trek fans, plus the politics and drama inherent in a newly formed alliance might make for the kinds of story-telling that would bring new fans into the fold.

But that’s not the only rumour Birth, Movies, Death shared.

Apparently the crew featured in this new series won’t sail on a ship called Enterprise.

I don’t know how I feel about that?  No.  That’s a lie.  I do know how I feel about that.  I’m not too happy.  I’m not opposed to it, watching the crews of DS9/Defiant and Voyager go boldly was a lot of fun… but it would be so good to see the crew of the Enterprise B.  A new crew, obviously, to the one seen in Generations, but never the less a new collection of heroes for my Star Trek loving heart to fall for.

The second last rumour shared was that the Klingons – or at least some Klingons – would be the bad guys.  Now, I’m still Klingoned out after Next Gen, DS9 and Voy, but I’m open to having that challenged by Nick Meyer, Bryan Fuller, Alex Kurtzman, Heather Kadin and Rod Roddenberry, the creative team behind the new series. 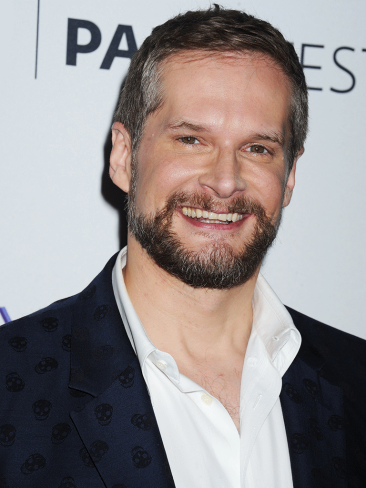 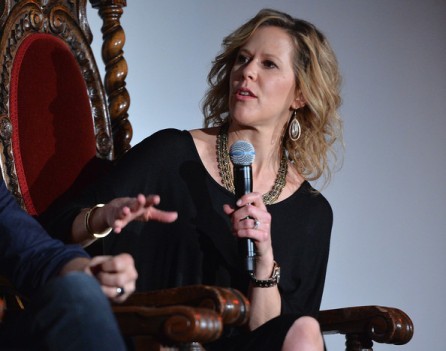 The new series will be a seasonal anthology.  What does that mean?  It means the first season will be set after The Undiscovered Country, but the second season might be set just after the Vulcans make first contact with Earth, while the third season could be set during the time of Captain Rachel Garrett and the Enterprise C and so on.

I stress that these are JUST rumours, and Birth, Death, Movies is not disclosing its sources, so take all of these with a bucket of salt, and a side of salt.  Liberally sprinkled with salt.  At least until one of the Producers tells us the rumours are fact, or until CBS announces something official.

Still, I gotta say, I’m loving the speculation!  I’m not sure how a seasonal anthology show would work in the Star Trek universe, but I’m not opposed to the idea.  It’s a fascinating and totally unexpected twist!

To read the article from Birth, Movies, Death click here.

No doubt, the rumour mill will warp into overdrive in these next few months before the launch of the new series in January of 2017.  In that mix will be some truth – but there will also be a lot of craziness.

Let’s have some fun with what we hear, and may Star Trek live long and prosper.