Internet and Star Trek icon, George Takei, has recently discussed Gene Roddenberry and Star Trek, and an issue close to his heart, explaining why there was never an openly gay character on the original Enterprise.

George appeared in a Big Think video where he discussed his time on the original series, including telling the world how Gene Roddenberry came up with the name ‘Sulu’.

Among the stories George shares is one about Gene’s reasoning for nixing any story lines that featured homosexuality.  He begins by talking about how the ratings fell for the first run of the episode ‘Plato’s Stepchildren’ when it aired back in November 1968, and that it gave Gene a nasty reality check.  For those of you who have been living in an alternate dimension, ‘Plato’s Stepchildren’ is the episode where Nichelle Nichols and William Shatner shared the first televised interracial kiss.  It was the reaction to that historic television moment that slapped Gene in the face and made him realise he had to be a little more careful. 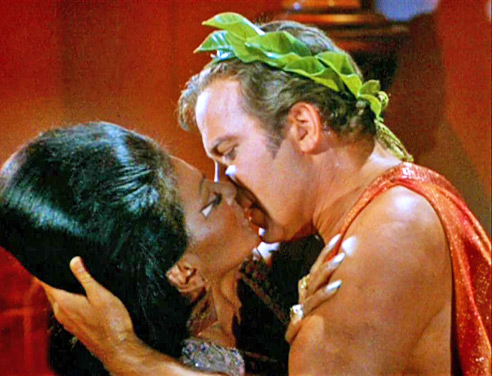 Television stations in Louisiana, Alabama, Mississippi, and Georgia refused to air the episode and apparently the south went up in arms.

When that happened, Gene remarked “I’m treading a fine tight wire here. I’m dealing with issues of the time. I’m dealing with the civil rights movement, the Vietnam War, the Cold War, and I need to be able to make that statement by staying on the air. If I dealt with that issue (homosexuality) I wouldn’t be able to deal with any issue because I would be canceled.”

George goes on to say that Gene did try incredibly hard to make the starship Enterprise a ‘starship Earth’, but had to balance the reality of the times with his desire to break new ground and push a humanist, inclusive vision of the future.

If you’d like to read more, I found the article on jezebel.com (awesome site).  You can skip over to their website and have a wander about, or if you just want to read the article and see the video right away click here. 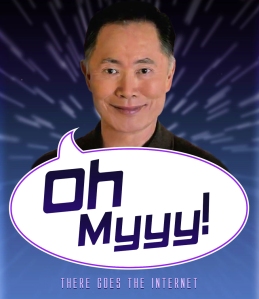