We have more casting news out of CBS, but still no news on when the next Trek series will air.

And it’s driving me nuts!

With these latest casting announcements, the group of actors closely associated with the new show grows to 18.

First, before I have a wee bit of a whinge, the casting news – which includes one existing actor changing roles!

Rekha is well known to genre fans, having put in an outstanding performance in SyFy‘s phenomenal Battlestar Galactica re-imagining from a few years ago.  Rekha will be playing Security Officer Commander Landry.

Damon is coming on board as a Klingon named Ujilli.

Kenneth has joined the cast as Kol, the Klingon Shazad Latif was originally slated to play.  Don’t worry, if you’re a fan of Mr Latif, he’s still in the show.  He will now be playing a Federation Science Officer called Lieutenant Tyler.  Why this change?  That’s a really good question, and one that will hopefully be answered at some point.

Last, but certainly not least, Clare McConnell has joined the team as another Klingon, Dennas.

Um… do you get the feeling the Klingons are going to play a really big part in this show? 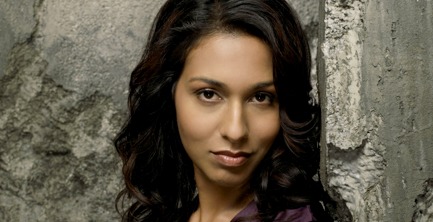 Of the 18 actors announced over the last few months, we’re not sure who will be members of the regular cast, other than the obvious, and who are guest stars like (I assume) James Frain and Rainn Wilson.

It’s starting to look like the Klingons will be regulars, but we don’t know how regular.  Chris Obi gave us a hint about that recently when he posted to social media about leaving Canada until he was needed on set again.

If we attempt to apply some logic to what appears to be a very chaotic process, six out of the 18 actors are well known, with four having a considerable following.  It’s safe to assume they will have sizeable roles.  In the past, the main casts of Star Trek have been made up of between seven and nine main characters, so it’s possible those four could make up part of that group, mixed in with some of the less famous faces to round it out.  The big question is, can we assume that this show will focus on a similar sized group of characters?  If we do, does that mean that all of the other actors are only filming guest spots?

The original announcement for the series promised “new crews”, and many of us wondered what that might mean.  It’s starting to look like it could mean at least two Federation vessels, and one Klingon ship! 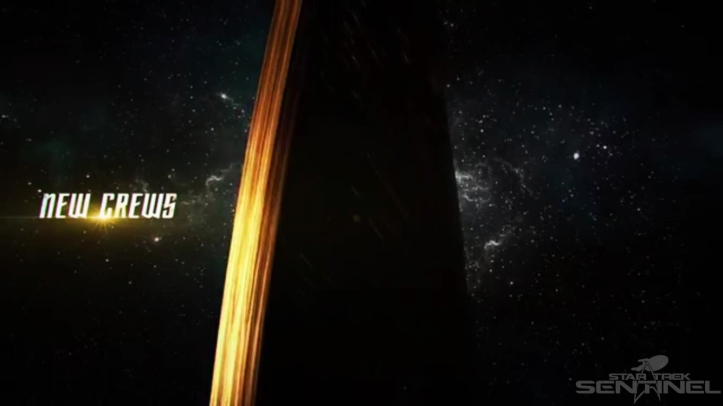 If that’s so, then maybe all of the actors that have been announced, with the exception of James Frain and Rainn Wilson, will be main characters based on three different vessels and that we will be following three main stories that interweave and intersect throughout each episode or every couple of episodes.

Your guess is as good as mine!

Creatively, having three interweaving stories is smart.  As an audience, we’ll be exposed to different perspectives, unique insights and entertaining character dynamics.  It will also give the writers something fresh and innovative to play with every week, increasing the possibility of the series lasting past its first season.

It will be interesting to watch this series unfold.  Right now, using past Treks as a template, the cast is too big so I don’t think we can judge this series on anything that has gone before it.  Big casts can work.  Babylon 5 juggled an enormous cast, as did Star Trek: Deep Space Nine and the aforementioned Battlestar Galactica, and each of those shows was excellent.

We can probably bet that this series will not be your run-of-the-mill Star Trek with an A-Plot and B-Plot story and a ship encountering a new “challenge of the week” every time the show airs.

That’s exciting, but the excitement is starting to dampen a little for me with the lack of information around a release date.

I read a tongue-in-cheek article on io9 recently where one of my favourite writers from that site, Katharine Trendacosta, was saying that she and many of her colleagues were starting to think the series was never going to happen.

I read the article and chuckled, not yet at that point.  I was patiently waiting and believing they’d nail down a date soon but they haven’t.  It’s taken me a long time, but I am now officially concerned.

I get that they want to make this the best Star Trek it can be, but there’s one element to this Trek that has never existed before: they’re asking people to pay to see it, rather than view it via more traditional media.  I was fine with that, as an Australian I’ve been paying to see Star Trek most of my life because it would take forever to reach our screens, and then would often disappear.  Those Trekkers who aren’t used to paying and weren’t keen on the idea, were slowly coming around, but the date changes or refusal to set a date is starting to get us all worried.

It’s been suggested that CBS suspected the possible upcoming Writers Strike, and that that is why they’re being so coy.  They’re safeguarding the series.  If that is so, then tell us.

CBS, PLEASE.  Get it together.  Either explain why all of these delays are happening, and be open and honest with the people you’re asking to pay for this, or just set a date and stick to it.

A new rumour that has sprung up in recent days suggests that CBS All Access has bitten off more than it can chew.  Star Trek is nothing like regular television, and it’s only vaguely similar to most other science fiction television.  Maybe the new rumour has substance to it, and CBS are being forced to go slow because of how complicated the series is.

Let’s hope that the next media release from CBS includes a firm release date or at the very least an explanation as to why the goal posts have shifted so often.

It’s due to be released some time this year.