Casting announcements for Star Trek: Discovery have been coming at us at a steady pace for months now, but, despite the array of talent being announced, there was one actor CBS refused to confirm – Sonequa Martin-Green.

A few days ago CBS finally confirmed Sonequa’s lead role in the new series and thanks to the producers of The Walking Dead, we learned why CBS had remained tight-lipped despite all the rumours.

It’s not a Star Trek spoiler, but it is a spoiler, so if you’re a fan of The Walking Dead don’t read past the spoiler alert image below… 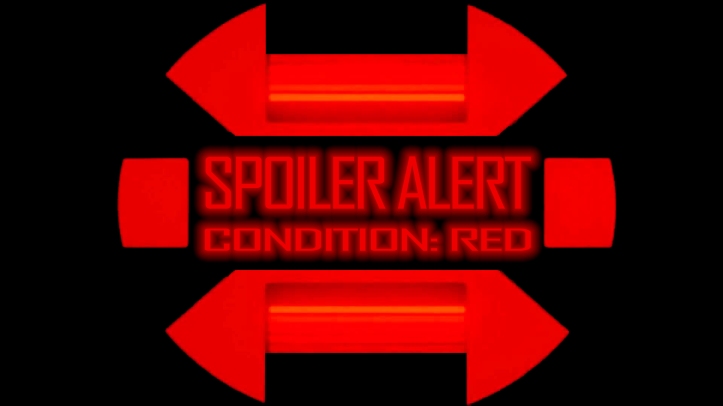 Sonequa’s character on The Walking Dead, Sasha, dies at the end of the show’s current season.

Those of you interested in the zombie apocalypse show might remember fans wondering how she’d do both high profile series – if the rumours were true!

Fans eventually decided that because season one of the new Star Trek series was only going to be 13 episodes long, there would be enough time for Sonequa to be in both shows.

Turns out CBS and AMC had an agreement.  CBS would remain quiet about Sonequa’s casting, and AMC would be able to keep Sasha’s death a secret.

The news broke.  Everyone did their best to keep the secret, but all parties concerned essentially underestimated Star Trek fans and our hunger for new Trek.  Now Sasha is dead and everything can settle down a bit!

That wasn’t the only news about Star Trek: Discovery‘s lead role that broke this week.  Back when the rumour first emerged, we were told the main character would be called Lieutenant Commander Rainsford… which isn’t true.  The name of Sonequa’s character is a little unusual – for a female.

Michael?  Yep.  It’s usually a boys name, but is actually unisex.  I didn’t know that, and I admit it jars a little, but I have no doubt it will grow on me!

Sonequa has given her first interview regarding her starring role.  If you’d like to read it, visit TrekCore here.

In other Star Trek: Discovery news, an unexpected character will be popping in to torment Lieutenant Commander Burnham and the rest of the crew of the Discovery.

Rainn Wilson of The Office fame has been cast as Harcourt Fenton Mudd, last seen in the Animated Series’ episode “Mudd’s Passion”.

Harry Mudd only featured in a total of three episodes – including the Animated Series episode mentioned above, but he made an ever-lasting impression on Star Trek fans.  You either love him or you hate him, but you can’t deny the fact he is an important part of Star Trek history. 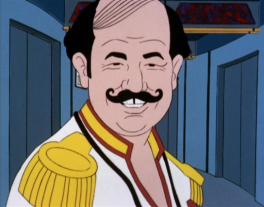 It’s unlikely Harry Mudd will be a regular on Star Trek: Discovery, despite how incredibly talented Rainn Wilson is.  It is likely, however, that he might become a recurring character like Q, the Grand Nagus, Reginald Barkley or Shran.

It’s fair to assume that Rainn is Star Trek: Discovery‘s first major guest star, and that episode 3 or 4 of the new series will be peppered with Mudd.  Why episodes 3 or 4?  Because we know that episodes 1 and 2 have completed filming.

I wish I could say I knew when we’d find out which episode Rainn is in… but we still don’t know when exactly the series will be airing!

That is causing fans a little bit of distress, but every time I start to worry, I just remember the quality of actors who have been attracted to this series – and those fears fade away! 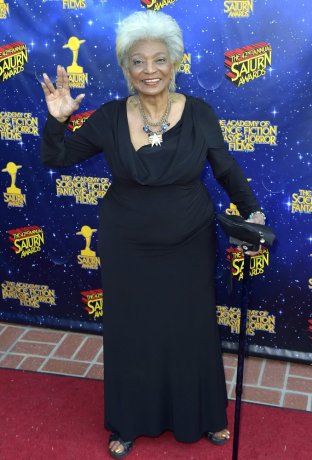 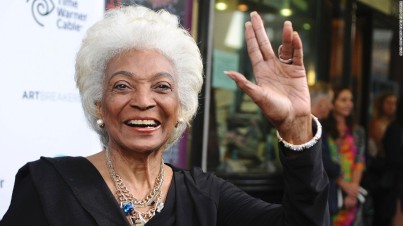 Finally, the First Lady of Outer Space, the eternally lovely Nichelle Nichols, has said she would love to make a guest appearance on Star Trek: Discovery.

No offer has been made to Nichelle that we know of, but with Star Trek casting it’s first black female lead, the woman who played a major part in redefining how African-American’s would be portrayed on television, thinks it would be a meaningful and appropriate decision by the powers that be.

I’d love it even more if at some point, Michael Burnham married an Uhura.

Hopefully the Producers of the new Star Trek are listening.

That’s it for all of the latest news on Star Trek: Discovery for now.  As more news comes to light, we’ll feature it here.