On the 27th of September, the United Nations Office of Outer Space Affairs and Sierra Nevada Corporation announced details about the first ever UN dedicated space mission at the International Astronautical Congress in Guadalajara, Mexico.

The mission will give developing countries the opportunity to propose and fly microgravity payloads for an extended duration in orbit.

Though the mission gives developing countries a chance to participate in a mission they would not otherwise be able to take part in, the mission also gives all Member States the chance to propose payloads for the mission.

The Meta Probe at the orbital space dock in the premiere episode of Space: 1999.

The historic mission will take place on board the Sierra Nevada Corporation spacecraft Dream Chaser.

Simonetta Di Pippo, the Director of the United Nations Office of Outer Space Affairs (UNOOSA) said, at the official announcement, “One of UNOOSA’s core responsibilities is to promote international cooperation in the peaceful use of outer space.  I am proud to say that one of the ways UNOOSA will achieve this, in cooperation with our partner Sierra Nevada Corporation, is by dedicating an entire microgravity mission to United Nations Member States, many of which do not have the infrastructure or financial backing to have a standalone space programme.”

Funding for the mission will come from a variety of sources, with the countries chosen to participate paying a pro-rated portion of the mission cost based on the payload to be taken into orbit, and based on the Member State’s ability to pay. 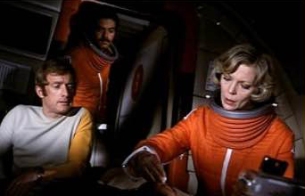 The cockpit of an Eagle Transporter. 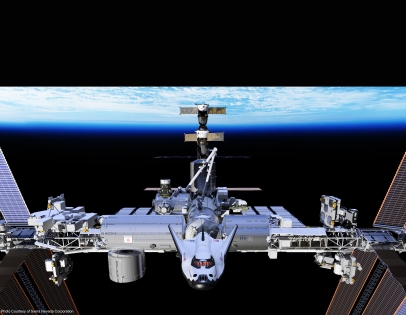 The Dream Chaser waiting to launch from the International Space Station.

The Dream Chaser at the International Space Station.

The Sierra Nevada Corporation‘s Dream Chaser is the only reusable, lifting-body, multi-mission-spacecraft capable of landing at commercial airports or space ports in the world, which means the ship can land at any Member State supplying a payload for the mission.

The announcement is an exciting move that takes us one step closer to the future postulated in Space: 1999.

The mission is still a little while away, and as more information comes to light we’ll report it here.

For more information on the Sierra Nevada Corporation, visit their official site here where you can also find more details on the spacecraft that will take the first steps to opening up space exploration for all UN Member States.