Justin Lin on the Beyond Preview

Yesterday when I posted about the first preview, I mentioned being fairly certain the trailer would polarise Trek fans.

I spent some time scouring the Internet today to see how fans felt… and polarised seems to be an apt description.  Some love it and are looking forward to this new direction, some loathe it, a decent number drew comparisons to The Fast and The Furious, and many were waiting to see more before casting judgement.

Reassuringly, quite a few fans expressed faith in Simon Pegg and were willing to trust him to write a solid Trek film.

TrekCore have just posted an interview (originally from Birth. Death. Movies, read it here) with Star Trek Beyond director, Justin Lin, on the preview and his reaction to the fan reaction – and it’s great, and goes a long way to assuaging a few fears I had.  I have to say, I love Justin’s underlying rationale for making the film he’s made, and for creating a character that will ask the questions he wants answered in this installment.

Even better, I came away from reading that interview convinced there is a beating heart to this movie. 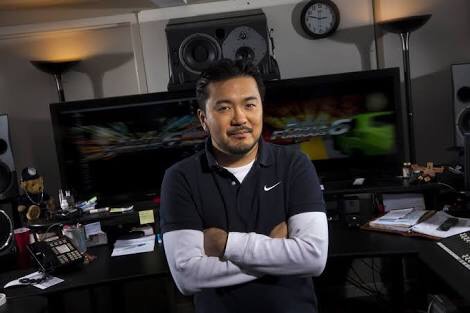 In the interview, we learn that Star Trek Beyond takes place two and a half years after Into Darkness, and we also learn a little bit about the new bad guy (who is Idris under a mountain of makeup), and we also learn some interesting information on who the writers are, how Justin approached some of the more contentious developments in NuTrek – particularly Khan’s miracle blood and interstellar transwarp beaming (don’t get me started), Spock and Uhura’s relationship, whether or not Carol Marcus returns, and more.  It is well worth a read.

Visit TrekCore here to dive into the most information we’ve ever had on this new Star Trek film.