Gene Roddenberry is best known for his hopeful and enduring vision of the future, Star Trek, but he was far from a one-hit wonder.

Before Star Trek, Gene was a successful writer, developing scripts for series like The West Point Story, Have Gun – Will Travel (his script for that series won the Writer’s Guild of America award for Best Teleplay) and more (including a groundbreaking series called The Lieutenant that featured Nichelle Nichols, Gary Lockwood, Majel Barrett and Leonard Nimoy).

As with any creative person, he was often working on multiple projects both during his day job and after, while relaxing.  Some would make it to script form and get produced, and others that were just ideas jotted down on a page, would hang around, waiting for time and attention.

Two such ideas eventually got that attention, though sadly, not from Gene.  They were Earth: Final Conflict, and an ambitious ensemble show called Andromeda.

Both series’ enjoyed success and still have a loyal fan base today, but both were also plagued with behind the scenes troubles that included unhappy actors, writing staff changes, and studio executives proving (as most seem to do) that no one should ever listen to them when it comes to making any kind of creative decision.

Gene Roddenberry’s Andromeda, later simply titled as Andromeda, was, in my opinion, the best of the two, which is why it features on SciFi Regen.

I’m currently re-watching the series as I write this in July of 2019, and am regularly surprised by just how good it is.  At times the acting is a little dodgy and almost caricaturish, and now and again the effects falter as does the makeup and prosthetic work, but many of the stories are relevant and completely engaging, and the world building is impressive.

If you haven’t checked it out, I encourage you to do so.

The series was on television (in syndication) from the 2nd of October 2000 to the 13th of May 2005.  Andromeda was a Canadian and US series developed by Robert Hewitt Wolfe and produced by Majel Barrett Roddenberry, from concepts created by Gene Roddenberry as far back as the 1960s and 1970s. 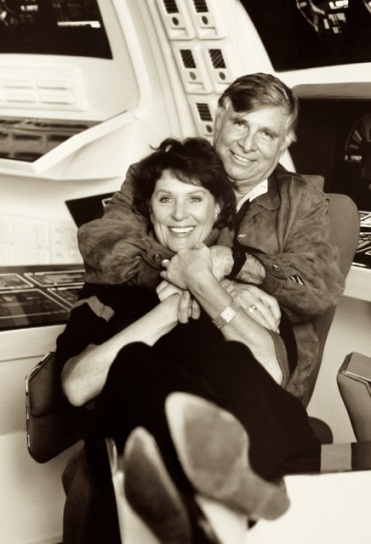 If you’re a Star Trek fan, Robert’s name may be familiar to you.  In 1992 he sold the story ‘A Fistfull of Datas’ to the Next Gen creative crew, which secured him a place as a writer on Star Trek: Deep Space Nine a year later, which debuted in 1993.

He stayed with DS9 for five years before he started to develop Andromeda from a collection of Gene’s notes.

Robert served as head writer and co-executive producer on Andromeda for only two years before he and the studio disagreed on the direction of the show, prompting him to leave.  Robert favoured continuing the complex story lines that had been set up in year one and the first half of year two, while the studio wanted Andromeda to be more episodic and lighter in tone. 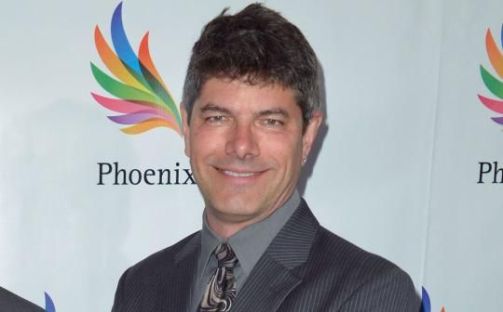 As often happens when a show runner or head writer leaves a show, the fans exploded.

They were unhappy Robert left, and even more unhappy that the tone of the show changed.

Though there was a lot of unhappiness, the new direction did give the show another three seasons, though I agree the story lines in the beginning were superior and as a fan of Andromeda I wish the studio had had more faith in Robert’s vision and in us fans and kept him on.

The show, regardless of it’s issues and the fact it never reached the level of popularity people were anticipating, was a multiple award-winning production, receiving no less than 39 nominations, and winning 18 of those.

So, what is Andromeda about?

It’s an epic, involved series that is remarkably good when it’s on point.  When it’s not, it’s relatively good, occasionally average scifi.

In preparation for this addition to SciFi Regen I’ve started re-watching the series from the start, and I have to say I am consistently surprised by the excellent writing, the depth of world-building, and the really interesting characters.  Some of the acting on the show is a little so-so, but the story is engaging.

Andromeda focuses on the character of Dylan Hunt, who is the captain of a Systems Commonwealth High Guard starship called Andromeda.

***This section is currently being written.  More to come.